Delivery of goods from Hong Kong

Wingo Company carries out air delivery of cargoes from Hong Kong "on a turnkey basis". In addition to freight services, the company also provides the complete execution of supporting documentation. Personal manager provides an individual approach to each customer. Customs clearance of cargoes is carried out on its own customs terminal of the companies, which greatly saves time.

Advantages of cargo delivery from Hong Kong by plane in our company: 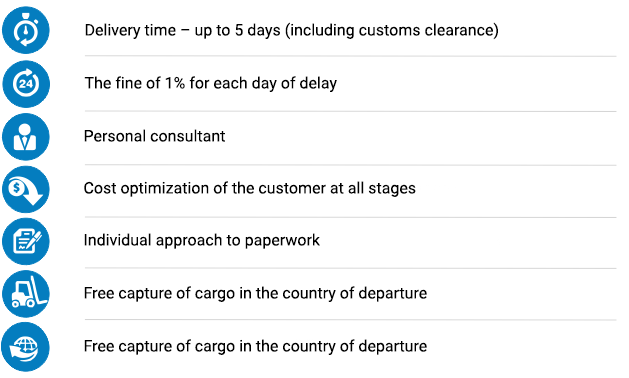 Hong Kong is a special administrative region of China, and is located in the south-east of the country. The area is located on the same island and includes several smaller islands and the peninsula.

The main share of exports attributable to Hong Kong, is occupied by electronics, textiles, plastic products, clothing and a variety of techniques. Economy of the region is based on the free market, which was a legacy of the British Empire, whose colony Hong Kong was prior to 1997. The favorable economic conditions provide an opportunity to basing the headquarters of the world's electronics manufacturers and technology in Hong Kong. After 1997, when the region was affected by the Asian crisis, the economy has decreased significantly, but after this a period of rapid recovery and growth has occurred. Today, it is an economically developed region, through which a large number of cargoes from Southern China is transported.

Please leave an application, if you need cargo transportation from Hong Kong. Our managers will quickly prepare for you favorable offer.